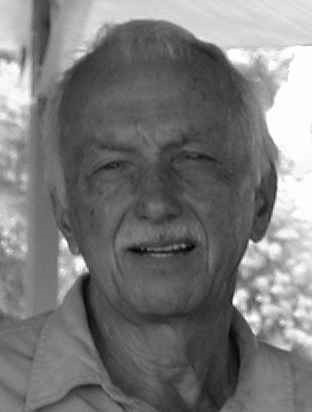 A.B. Amis went home to his great reward on Monday, 11/19/2018. Born in Meridian, MS, on 1/30/1928 to the late A.B. Amis, Jr. and Pauline Hardin Amis, his was an idyllic childhood in spite of the great depression, thanks to loving parents and adopted brother, Paul, who was his playmate and best friend growing up in small town Newton, MS. Born to college-educated parents, A.B. was always expected to make good marks in school and graduated at the top of his class at Newton High School in 1946. With WW II barely ended, A.B. signed up for a two-year hitch in the US Navy, with a guarantee of spending most of that time in electronics schools, launching him on an electronics career path. After discharge he entered college at Mississippi State and then Milsaps Colleges on the GI while courting Frances Elizabeth Holladay. Their marriage in 1949 was the
beginning of 60 years of marital bliss until Alzheimer’s disease claimed her in 2009.
With Frances’s encouragement, A.B. transferred to Georgia Tech, graduating with a BSEE degree, with honors, in 1951. He worked for one year in Indiana before joining Radiation, Inc. in Melbourne, FL, in 1953, the beginning of a career at Radiation and then Harris that lasted a total of 33 years, with a three-year hiatus in the early 1970s when he failed in a family-run RV rental business.
Following his retirement in 1988 A.B. and Frances had the fun of building their dream country home on five acres in rural Grant, where they enjoyed hosting reunions for extended family and former work associates. Having taken up an RV camping hobby while their two sons were growing up, A.B. and Frances were able to continue the RV hobby following retirement, traveling to all 48 states and especially enjoying time spent “out west” along the spine of the Rocky Mountains.
Trained as an electrical engineer, A.B. loved writing, and his greatest professional fulfillment and talent was as a
wordsmith, authoring business proposals and technical sales presentations for Radiation, Inc, in the 50’s and 60’s and later for Harris Corp. in the 70’s and 80’s. After retirement he re-directed his wordsmith talents to hobby activities and publishing a family memoir.
A.B. is predeceased by his wives Frances and Joyce. He is survived by his two sons, William Paul and Richard Mark, by Mark’s wife, Sandra, and grandchildren Simon and Hannah, all of Melbourne. Other survivors from Frances’s immediate family are sisters-in-law Mildred Valentine, Bobbie Miller and Agnes Holladay, special niece Julie Holladay Strahle of Melbourne, and numerous other nieces and nephews. His stepsons Jamie and Stephen Cox, all of Melbourne, also survive him
Memorial services will be held at Brownlie-Maxwell Funeral Home in Melbourne on Saturday, 11/24/2018 at 11:00 a.m. In lieu of flowers, donations may be made to the Alzheimer’s Association or to the charity of your choice.

1 entry.
Bill Amis from GRANT wrote on November 21, 2018:
Once In A Lifetime After all these years together, my mind can't help but wonder if it's even possible to re-create with others a love we've managed to build together, day by day, word by word, deed by deed. Perhaps the gods, jealous of mere mortals such as we, allow only one almost perfect communion of hearts and souls in a single lifetime. Susan R. Norton