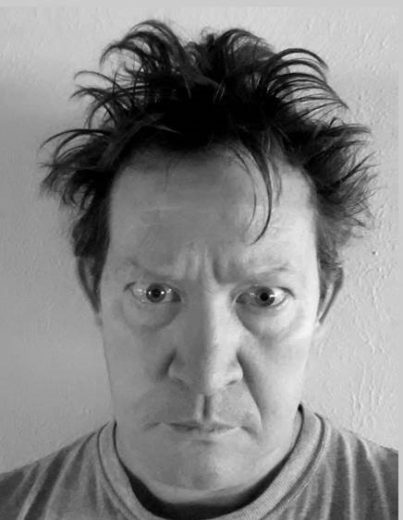 Melbourne – Andrew was born in Winston-Salem NC and moved with his family to the Space Coast in 1964.

Never one to take anything very seriously, Andrew’s life could be summed up as ‘failure to reach potential’.

His primary and secondary school years were spent entertaining his peers and teachers as class clown. His short college time was spent playing chess with his professors instead of attending class.

Andrew was coerced to enlist in the Army to learn some discipline and to avoid prosecution for doing donuts in his ’68 Camaro. His military career was remarkably successful barring the loss of his rifle during field exercises. It was during his deployment in Germany that he learned enough about the mainframe system that he worked on to be hired by the company that built it. He also met his wife Connie and ready-made family while overseas.

Andrew switched careers after about 20 years as a software engineer to become an internet troll. This was apparently his calling and he pursued it with vigor for the rest of his life.

He was generous to a fault his entire life and would literally give anyone the shirt off his back, even if he didn’t own it. He will be missed by many whom he entertained and made feel better about their own lives. He is surely doing the same in the afterlife.

He leaves behind his mother, Judy, daughter Kristy and grandkids Westley and Celeste, who he helped raise, siblings Jeff, Cindy, Laura, Joe and Doug, , a step daughter with 3 grand kids, a step son with 2 grandkids. His daughter Kristi writes “He was the best father anyone could ask for, instructive without belittling, helpful without controlling, humorous but never at your expense. He was an amazing grandfather, spoiling to the max and always up for play and goofs. He never grew up, so being a kid around him was always a joy. ” He was preceded in death by his wife, Connie; father, Vincent and brother/cousin David.

Visitation will be Friday 5-6 pm at Brownlie-Maxwell Chapel with a Mass, Saturday, March 20, 2021, 10 am at Chapel of the Holy Family.

2 entries.
Anonymous Nancy from Indialantic wrote on March 21, 2021:
I'm a 75- year old woman who did not know Andrew. When I saw the picture & read the obit My thoughts were who summed up someone else's life as "failure to reach potential"? Isn't God the judge? His daughter Kristi writes "He was the best father anyone could ask for, instructive without belittling, helpful without controlling, humorous but never at your expense." Sounds to me like reaching potential. My condolences, thoughts, and prayers go out to his Mother and Daughter
Sharma McAlwee from Melbourne wrote on March 18, 2021:
Did not know the man but he seems like someone I would have enjoyed knowing. God speed.