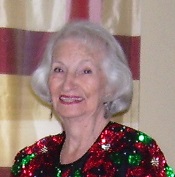 Mrs. Bobbie Ellen Slocum
November 7, 1926 – July 20, 2022
Born in Biloxi, Bobbie was the oldest of five children, spending her early years along the Mississippi Gulf coast. Times were hard and her family made frequent moves, finally settling in Memphis, TN, where she attended and graduated from Messick High School in 1945. In April of that year, she met a visiting sailor at the skating rink, and was married to him by December. They were married nearly 56 years when Gene Passed.
Bobbie and Gene’s three daughters were born in lower New York state, where the family lived while Gene attended Cornell University. During those years, Bobbie worked at Duncan Hines Company as Secretary to the President, later securing a job as the first female on the assembly line at Ithaca Gun Company for a pay rate higher than secretarial.
In 1956, the family moved to Melbourne and never left. Bobbie was hired as Engineering Secretary at Radiation (now Harris) and then joined Pan Am as a Secretary on the Supply Contract at PAFB in the early 1960s, retiring from Pan Am in the 1980s. 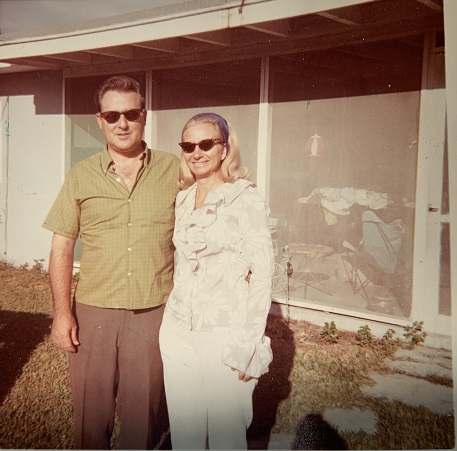 Church played a big part in Bobbie’s life growing up. The family attended Sunday services, her father singing in the choir and gospel quartets, and her mother often teaching S.S. classes. Music was also a life-long passion throughout Bobbie’s life, and being part of the church choir provided the chance for her to share her voice in Sunday services and holiday cantatas. Bobbie participated on committees and multiple Boards through the years, and remained a faithful CBC member until her passing.
Bobbie was known to be everyone’s friend, and will most definitely be missed and remembered always. She leaves behind her three daughters: Kristi Slocum and her partner Laura Rankin, Linda Radisi, and Betty Hoy, as well as five grandchildren and four great-grandchildren; her sisters and brother (Joe Ann, Fran, and Alvin), and numerous nephews, nieces, and great-nieces and nephews.

2 entries.
Wilma Fernandez from Atlanta wrote on August 22, 2022:
Bobbie and I met during a “adopt a grandparent” event at a local church while I was at Florida Tech. Little did I know, but It was I who was adopted by Bobbie. I was a lost 19-year old student; She was around 80 years old. Such an unforeseen friendship bloomed that day! She gave me a home while I was away from home. She listened when I was feeling desperate. She hugged me when I was feeling alone. She stood up for me and made sure I knew my value. I am forever thankful for having Bobbie in my life. Rest In Peace sweet, fierce, Bobbie. Thanks for taking me in.
Judy Krebs from Houston wrote on August 5, 2022:
Living directly behind The Slocums, their entire family & mine, became like one big family. Bobbie Slocum referred to me as Daughter #4 & I referred to her, as Mom. I’ve remained specially close with her & the girls since I was in Junior High many years ago. I’ve been living within minutes of “Mom’s” middle daughter Linda. Bobbie Slocum was a loving, caring, funny 2nd Mom to me. She shared her love, kindness, faith & support, with family, friends & yes even strangers. She is & will be missed. We will all see her again & we know she’s probably dancing up a storm with her husband Gene. Thanks for cherished memories! Love you Mom. I’m keeping you in daily prayers Kristi, Laure, Linda, Betty & family cause I know your Mom’s passing is difficult to get through. ❤️🙏🙏