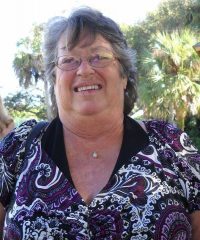 Ginger always gave far more than she ever took.

Ginger under the difficult and trying times of every day showed us all what Love and Faith is, no matter how difficult.

Ginger – ever day carried her children and her grandchildren on her shoulders.
It was my honor when Ginger called me Uncle Sonny, always with a smile.

My tears are real, as is my Love for Ginger, a very special young child and mother, grandmother and wife.

Rest well Ginger, in the arm’s of our Lord.

Uncle Sonny, The name the Wallace Family honored me with