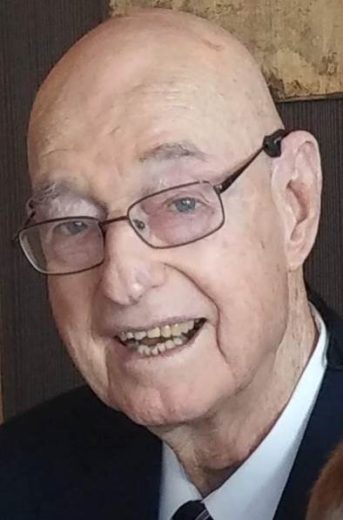 Golf was in Adolph’s blood. He began caddying at age 10 at the local golf course in Morgantown WV. After an honorable discharge from the military and four years at West Virginia University where he was a member of the college golf team, he began an accomplished professional golf career. He had positions at Mill Creek Golf Club in Burlington WV and White Oak Country Club in Oak Hill WV, before accepting the pro/manager position at the Harbor City Golf Course in Melbourne FL in 1966 which he retired from in 1995.

Besides golf, Adolph had a passion for football, basketball, puzzles, card games and working in his yard.

Per his request no service is planned.

2 entries.
James dudley inc from Melbourne wrote on March 25, 2021:
Really gonna miss him . I learned a lot from Adolph especially his last year of life about lots of things in life . Randy and David my humblest condolences. He was a fine man.
Eilene (Hunter)Toughey from Dallas wrote on January 7, 2021:
I am sure our dad, RIchard HUnter, is playing a round of golf with Adolph. Hoping they hit them straight. FOund memories for a great man.