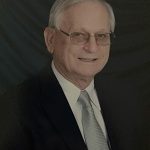 Alfred was baptized at Emanuel Lutheran Hill Church, in Dubois Indiana. He resided in Jasper, Indiana, for 38 years. There he met Bernadine Fuhrman Hemmerlein, his wife of 64 years. They were married on June 12, 1956, at St. Paul’s Luthern Church, Hayesville, Indiana.

He served in the United States Army and the Reserves for six years. He was a construction worker with the Carpenter’s Union. Alfred was a member of St. Timothy’s Luthern Church in Melbourne, Florida. He attended weekly bible studies, he participated in the Men of St, Timothy gatherings, and was a greeter. He loved gardening, building furniture, and crafting. Alfred received many accolades and awards for giving his time and abilities. During his lifetime, he built numerous wheelchair ramps and helped with Habitat for Humanity in Jacksonville, Florida.