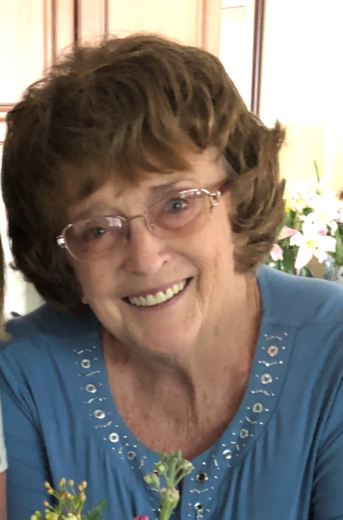 Anne Marie Earley, 84, passed away peacefully on September 27, 2022 in Melbourne, Florida. She was born on July 2, 1938 in Manchester, New Hampshire to Thomas and Helen Werner. Anne was raised in Manchester until she moved to Boston to attend college.

In 1958, she married Frank E. Earley and they had three beautiful children together. She worked as an interior decorator and after retiring, she enjoyed doing crafts and making items to benefit the Gainesville Garden Club.

Anne met the love of her life in 1990 when she and Butch Carr met at The Cove Restaurant in Satellite Beach, Florida. She loved to say she should have known it was meant to be given that her father had nicknamed her “Butchie” when she was very young. Anne and Butch created a wonderful life together filled with travel, family, and friends.

Funeral arrangements will be handled by Lambert Funeral home in Manchester, NH at a future date. Her final resting place will be in Pine Grove Cemetery, Manchester, New Hampshire.

5 entries.
Patricia Williams from Melbourne wrote on October 4, 2022:
I was a friend of Dawn;s so had the pleasure of knowing Anne. Pat
Melanie McCallum from Pensacola wrote on September 29, 2022:
You will be greatly missed, cousin. Your spirit of creativity was exceeded only by your generosity. You were always the hostess with the mostest. I greatly admired you. You were “one of a kind” and one of the best. You leave behind an emptiness that will be hard for those close to you. Rest In Peace, Anne.
David Corriveau from Derry, NH wrote on September 29, 2022:
Sincerest condolences, Rest In Peace “Cusie Ann”
Linda Reeve from Salem, Oregon wrote on September 28, 2022:
Even though we didn’t see each often, I will miss you❤️
Bruce and Lorie Stansberry from Rockledge, FL wrote on September 28, 2022:
Butch and Family, We are heartbroken after hearing of Anne’s passing. Please know we are praying for you and love you bunches.