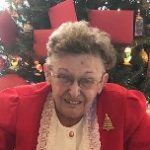 4 entries.
Mike and Belinda Bell from Longview Texas wrote on January 16, 2020:
Beautiful obituary. Our thoughts and prayers are with u all
Randy hultgren from Melbourne wrote on January 16, 2020:
Best of luck to you family going forward. There is no replacement for Pricella
Tammy Kolker from Melbourne wrote on January 15, 2020:
Rest in Peace baby girl. Thank you for letting me into your heart, one that I will never forget. ????
Lisa Bouchard Cordovano from Deer Park wrote on January 15, 2020:
Dear John and family.; Our hearts go out to you all. May she be at peace and resting in the arms of the lord and her husband. May the lord comfort you all and wrap his arms around you, comfort you in this hour of need! Love; Angelo and Lisa