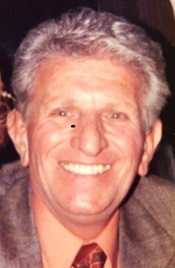 James “Jimmy” Dorgan was born in Boston Massachusetts, and grew up in East Boston with his loving mother Florence, his father James, and his two sisters Elaine and Dianna.

Jimmy served in the United States Army during the Korean War. After receiving a Good Conduct medal, he was honorably discharged, and subsequently received the U.S. Army Freedom Team Salute Certificate of Appreciation for outstanding service to the nation and continued patriotism and support of the army family.

Jimmy went on to attend the University of Massachusetts and become a professional engineer, and a member of the American Society of Civil Engineers. Jimmy worked most of his career for the Massachusetts Department of Public Works, which is where he met many life-long friends, and his wife, Joanne “Joni” Dorgan, with whom he enjoyed a loving 37-year marriage.

An avid seaman, Jimmy was the Commodore of the Orient Heights Yacht Club. For years, he and Joni could be found cruising the ocean off Newburyport in their boat, the Sassy Sally. Later, they relocated to Cape Cod, then to Boynton Beach and finally Melbourne, Florida.

Jimmy also enjoyed golf, his many dear friends, and his dogs. But the center of his universe was always his loving family, of whom he was endlessly proud. In addition to his wife Joni, Jimmy is survived by his sister Dianna and her husband, Jimmy’s dear friend Jackie Anderson; his adored children: Laureen Brickley, Denise Hudson and her wife Renee, Jimmy Dorgan and his wife Marie, and Kevin Dorgan and his wife Joanne; grandchildren Megan, Michelle, Samantha, James, Kristin, Ashley, Emma, C. J., and Rachael, and great grandson Nicholas, as well as many treasured nieces and nephews.

Kind, smart and funny, Jimmy was always in good spirits, happy to help a friend, and quick to share a laugh. He will be deeply missed, and remembered with love.