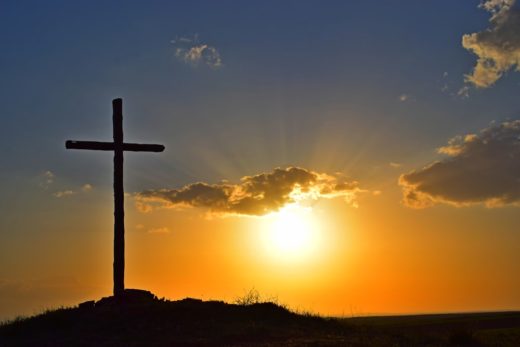 Psalm 127:3 reads “Lo, children are an heritage from the LORD: and the fruit of the womb is His reward.” Kamill Rezso Hilberth melted the hearts of his parents, Dr. Bela and Irene Hilberth as he made his grand entrance into their lives on December 7, 1941, in Budapest, Hungary. He was indeed God’s gift and blessing.

Hundreds of thousands of Eastern Europeans came to America during the Hungarian Revolution, which included Kamill, his brothers Tom and Bill, along with their father and mother. They arrived in New Jersey to start a new life, in a new language, in a new country.

With the guidance of nurturing and loving parents, Kamill and his brothers began the journey of learning and overcoming obstacles despite the many challenges they faced. They diligently pursued career paths that proved to many that with the right attitude, determination, experience and education, obstacles can be overcome.

After graduating from Devon Preparatory School in Devon, PA. Kamill attended Stevens Institute of Technology in Hoboken, NJ, where he earned his Bachelor of Science degree in Engineering in 1966. After graduation, Kamill hit the ground running, landing a job at General Electric Corporation in Utica, NY as a senior test engineer. In 1974, he founded and served as CEO of GT & T Inc., a company which supported all major military aircraft and weapons systems. Kamill also developed comprehensive test requirements document for the F-16 IFF R/T system and performed automatic test optimization studies for major aerospace companies including Lockheed, Litton Industries, and Northrup-Grumman. He has authored and presented numerous technical papers on advanced diagnostic methodology and automated design of diagnostics.

After a successful career as owner and founder of his firm, he met and forged a lasting friendship with Albert Kennedy, Ann Kennedy, and Andy deSouza, co-owners of Superior Electronics, and eventually accepted the position of Chief Technology Officer. He continued his passion for design and diagnostic strategies by using company developed software tools and advance diagnostic and maintenance concepts for the F-18 Flight Control Computer. Power Supply assembly.

Kamill cared greatly about people, both practically and spiritually. It didn’t matter where you were in life’s journey or what struggles you were going through. He offered a helping hand and an encouraging word. He had a passion for helping recovering souls with addictions through Celebrate Recovery; he was a prayer warrior for the hurting and worked with Promise Keepers and volunteered with Jehovah Rapha Worship Center outreach programs. He desired to see lives changed for God’s glory. He truly wanted to be a vessel for the Lord by witnessing to others in hopes that they would feel that unconditional love that guided him daily. There is no doubt that Kamill has already met people in heaven who have thanked him for leading them to the Lord.

He was an awesome mentor to so many and enjoyed every minute of it. The pool table or a game of chess was his platform on many occasions as he mentored and emerged victoriously! He was incredibly practical and creative. He enjoyed tinkering with electronic gadgets, a serious game of chess, a challenging round of bridge, Scrabble, Words with Friends, bid whisk, spades and oh my, did he love telling jokes, which lead to an occasional “foot in the mouth moment” or unfortunate slip ups. Some were funny, some were corny. And…if no one else laughed at his jokes, he did!!! His “wide mouth frog” story is a legacy and has been passed on to other generations to enjoy.
Kamill was someone whose life literally touched and inspired many. He was truly a servant of the Lord; an accomplished author; a best friend, a great “fixer-upper”, and wore many other hats; but the thing that brought him the most joy was his children and his family. He loved them with all his heart. A heart that never gave up on them. A heart that housed a strong and deep love; a heart that sought forgiveness; a heart that forgave; and a heart overflowing with pride. We will deeply miss this loving husband, our caring father, our wise grandpa, our “Papa K”; our uncle; but we will rejoice, for this day he is with our Savior, Jesus Christ. In honor of our patriarch, we say…