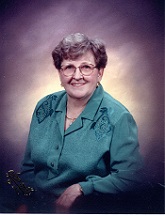 Marjorie Johnson Dickson Kimbro, age 97, passed away on May 19, 2021 at VITAS Inpatient Hospice Center in Rockledge after testing positive for COVID despite having been vaccinated. She was born July 11, 1923 in Baltimore, Maryland to Albert Wesley Johnson and Margaret Lewis Johnson. She grew up in Halethorpe, Maryland and later moved with family to Ellicott City, Maryland where she graduated from Ellicott City High School in 1940. After high school, she attended Bard Avon business school where she graduated in 1941. While working at Fort George Meade, Maryland during WWII she met Thomas K. Dickson. Toward the end of WWII, Marjorie found her real calling in nursing. She began her nurse training at St. Agnes Hospital in Baltimore. Before completing nurse training, Marjorie married Thomas Dickson and moved to Altoona, Pennsylvania where she raised four children. Marjorie worked as a nurse’s aide at Mercy Hospital in Altoona and later at the Pennsylvania State Hospital in Holidaysburg, Pennsylvania. Her husband passed away in 1966.

Marjorie and her four children moved to Eau Gallie, Florida. She worked at Brevard Hospital (now called Holmes Regional Medical Center) in Melbourne, Florida and later for McDonnell Douglas at the Kennedy Space Center where she met her second husband, Floyd Kimbro. Mr. Kimbro died in 1974.

It was at this point in her life that Marjorie decided, at age 51, to complete what she started at St. Agnes Hospital in 1944 by working toward her nurse degree. She completed the LPN program in Orlando, Florida followed by an RN degree from Polk Community College in Winter Haven, Florida. She moved to Altamonte Springs, Florida in 1980 and worked at several Florida Hospital Orlando locations until her retirement in 1991 at the age of 68.

Upon retirement, Marjorie began line dance classes. This led to square dancing which became a passion of hers. She belonged to several square dance clubs in the Orlando area where friendships were made that remained with her the rest of her life. She also enjoyed travelling which included destinations such as Hawaii, Alaska, Austria, Russia, and the Holy Land to name just a few.

Many thanks to the staff at Brookdale West Melbourne who assisted her in the last four years as well as the staff at VITAS Inpatient Hospice Center in Rockledge who comforted her in her last week.

Arrangements are in the care of Brownlie-Maxwell Funeral Home. She will be interred at Florida Memorial Gardens in Rockledge, Florida.

There will be a graveside memorial service on Thursday, June 3 at 2:00 pm at Florida Memorial Gardens in Rockledge, Florida.

4 entries.
Dan Lape from The Gap, Queensland wrote on June 19, 2021:
Condolences to all who knew and loved her. I only knew her briefly as the mother of my then sister-in-law Eloise. We met briefly while my family resided in Florida but after we moved to California a regular connection was lost. The last few years have seen the loss of many loved ones due to COVID complications and we will reflect with fond memories of her time when we were closer and wish her immediate family peace and love.
Kris mott from melbourne beach wrote on May 27, 2021:
Mom I love and miss you. Goodnight Irene always in my dreams. We always said love love you. The song in your heart
kristine mott from melbourne bea wrote on May 27, 2021:
Mom I love and miss you. See you in heaven. Love love you. As we always told each other
Wayne and Shirley Johnson from Hampton wrote on May 25, 2021:
To my father's sister you will be missed very much and we love you with all our hearts.