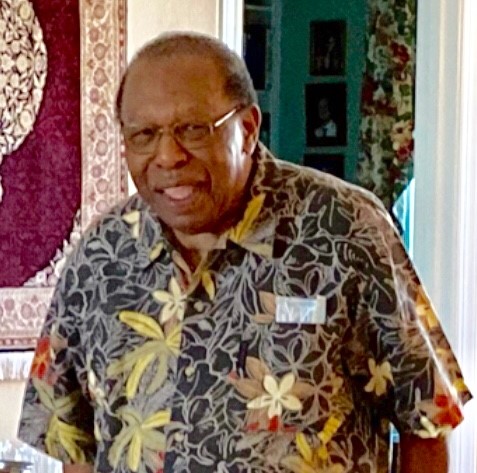 Mac grew up in Trinidad, and worked for the Trinidad Penny Bank. He came to New York City in the late 1960’s. He worked for the Bank of New York, and later for the Long Island Railroad. After retirement, Mac moved to Melbourne in 2005. He was a member of Holy Trinity Episcopal Church. Mac enjoyed classical music, and attended Brevard Symphony concerts. He was an avid supporter of the South Brevard Symphony Guild. Mac loved socializing with with his music loving friends.

Arrangements are in the care of Brownlie – Maxwell Funeral Home; he will be interred at Holy Trinity Episcopal Church Memorial Garden.

Memorial services for Mac will be held on Friday, 04 June 2021 at 2:00 pm at Holy Trinity Episcopal Church, Melbourne, Florida. In lieu of flowers, the family requests donations to Brevard Symphony Orchestra.