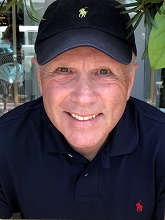 Mick was born in Allegan, MI on October 5, 1946 to Michael and Mary Uramkin. He graduated from Fremont, MI High School and Western Michigan University. He later earned an MS degree from Golden Gate University.

Upon graduation from college Mick joined the United States Air Force. After Officer Training School he graduated from Undergraduate Pilot Training at Williams AFB, AZ. After Pilot training he flew the KC-135 refueling tanker with the 22nd Air Refueling Squadron at March AFB, CA. His next assignment was to Columbus AFB, MS where he was a T-38 instructor pilot with the 50th Flying Training Squadron. For the last half of his twenty-year career he flew the U-2 high altitude reconnaissance aircraft. First at Beale AFB, CA with the 99th Strategic Reconnaissance Squadron, and then was assigned as a staff officer in reconnaissance at HQ Pacific Air Forces, at Hickam AFB, HI. His last assignment was to RAF Alconbury, UK where was commander of the U2/TR1 95th Reconnaissance Squadron.

After retiring from the Air Force Mick joined Northwest Airlines and flew commercially another seventeen years before retiring as a DC-9 captain.

One last flying venture was owning a Diamond DA-40 aircraft and enjoying air views of our beautiful state. He was a member of the Melbourne Area Pilots Association, serving as vice-president of the board of directors. He liked to give a smile after always-smooth landings and ask passengers: “Are we on the ground yet?”

One of his proudest accomplishments after retiring was to serve on the Greenwood Manor Condominium Association board of directors as president. He cared greatly for his community and its continued success.

A real sportsman, he ran three Honolulu Marathons, completed many triathlons, played racquetball and was an avid bicyclist. He enjoyed riding many miles on his bikes, nicknamed the “Black Beauty” and the “Red Baron.”

Services will be private. Interment will be at Cape Canaveral National Cemetery.

The family will always remember with gratitude the wonderful, compassionate care given to Mick at the William Childs Hospice House. In lieu of flowers please consider supporting this very special place in memory of Mick.

16 entries.
Mark Duncan from Brighton,MI wrote on June 7, 2022:
Wendy I’m so sorry to hear about Mick’s passing. I just heard the news today from Rick Drown. I always considered Mick to be a dear friend ever since destiny had us meet as roommates during our training at Northwest Airlines. I will always remember his great laugh, his wry smile, his intellect and his passion for life. Best wishes and lot of love to you from all of us. Mark
Bill Price from Vero Beach, FL wrote on May 31, 2022:
Just reading the ALPA mag and saw Mick's name in the In Memoriam section. So sorry to hear of his passing. I remember our times at Williams AFB way back in 1970 and the silver Corvette he was driving then. RIP Mick.
Mark & Dona Maynard from Palm Bay wrote on April 16, 2022:
Wendy, we were shocked to just hear of Mics passing. We always enjoyed his and your friendship as hanger neighbors at Melbourne. Our thoughts and prayers are with you.
Rich Skoog from Opelika wrote on February 15, 2022:
Wendy, So sorry to hear of Mick's passing. I just got word of it. It's only been 45 years; I should have gotten word sooner. I passed the news through my daughter Stacey; rember her birth in Columbus, MS? She's an engineer for Lockheed now and she will pass it on to Sharon in denver. Again, I'm very sorry for your loss. Rich Skoog
Dianne Howell from Melbourne, Fl 32901 wrote on February 6, 2022:
Wendy, I am so sorry to hear of Mick's passing. My heart goes out to you, he was a nice guy and did so much for the Condo association when I lived there. Although it's been years, I think of you often. May you have peace in all your wonderful memories.
Pat Brooks hamacher from Grand Rapids, MI wrote on February 1, 2022:
I was so sorry to hear about Mick. We went to school together, the class of 65. Loved his sence of humor and his friendliness. He will be missed.
Paul Roberts from Smithfield, VA wrote on January 31, 2022:
I'm very sorry to learn about Mick's passing. We soloed the U-2 only a month apart in 1978 and later served in Korea together. I have great memories of Mick and our years flying together...I will miss him. Paul Roberts
Don Merritt from Leland,NC wrote on January 31, 2022:
I first met Mick at HQ PACAF, Hawaii where he encouraged me to pursue my dream of flying the U-2. We spoke many times of his experiences and what to expect. A few years later he became my Squadron Commander at the 95th Reconnaissance Squadron in England. Mick was a great mentor, pilot, and Commander. RIP Mick.
Nichols Steve from Johnston wrote on January 31, 2022:
Take care Mick in the the great beyond! Hoping the best for you, Wendy, moving forward. Nothing but fond memories.
Larry Faber from Boerne, TX wrote on January 29, 2022:
What else can I add to what has already been said about Mick? Mick "soloed" me in the U-2 in early 1980. Mick was a great instructor and a wonderful friend. He always wore a smile - even when telling me that I had done something wrong during my U-2 checkout. We spent many hours together in the squadron playing yahtzee (and Mick won most of the time!). We in the U-2 business will miss Mick. Mick, I am honored to know you and I salute you!
Donna.Sockbeson 630 Greenwood Manor Circle from West Melbourne wrote on January 28, 2022:
A SUPER CONDO PRESIDENT
Scott Kraai from Montague, MI wrote on January 28, 2022:
Always will remember the good times. Enjoyed seeing you and Wendy in Florida and our last visit this past October at my house in Michigan. Fly high my friend, Rest In Peace.
Carol Fairman from Melbourne wrote on January 25, 2022:
We were lucky to have him as our Greenwood Manor President of the Board for so many years.
Kathryn Johnston wrote on January 25, 2022:
RIP Mick.
Pam Harrell from Melbourne wrote on January 25, 2022:
Mick was one of those people that you always respected for his enthusiasm, wisdom and dedication to whatever he chose to participate in. I was so sorry to read of his passing.
Rhonda Ragen from Naples, FL wrote on January 24, 2022:
Proud of my very successful uncle and all that he accomplished in his lifetime.