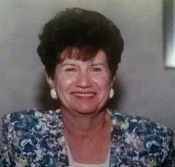 Georgi was first and foremost a mother. After raising her children, she began a successful career in the Automobile Industry and worked for over twenty years at Lane Pontiac Buick. Georgi touched many lives with her love and compassion for others. She opened her heart and home to all. Her holiday parties were known for abundant food, music, dancing and singing. Her passions included horseback riding and riding Harley motorcycles.

A memorial service will be held on February 26, 2021 at 1:00 PM at Ascension Catholic followed by a private Celebration of Life.