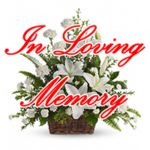 Phyllis J. Woodford, age 87, died on September 16th. Phyllis was born in Bennettsville, SC and grew up in Laurinburg, NC. She graduated from Women’s College of the University of North Carolina in 1955 and was married two weeks later.

Phyllis moved to Florida i n1964 with her husband, Melvin J. Woodford, who predeceased her on July 11th after 65 years of marriage. Phyllis taught elementary school in the Brevard County Public School System for 26 years, from 1965 to 1991. After retiring from teaching, Phyllis worked as an aquaculturist for 12 years with her husband and her son, Steven J. Woodford, who predeceased her in 2017.

Phyllis was an active member of Holy Trinity Episcopal Church and served on the Altar Guild for over 20 years. Phyllis had a mega-watt smile, a charming Southern personality, and will be very much missed by all who knew her.

Service will be in the Chapel at Holy Trinity Episcopal Church on Strawbridge Avenue at 1:00 pm on Saturday, September 26th, with interment in the Memory Garden immediately afterwards. Masks required at service and will be provided if you do not have one.