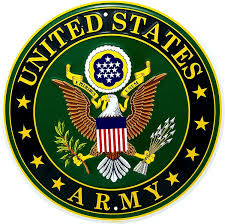 I came about on June 16, 1927. I don’t remember, but my mother told me. Probably West Melbourne as my mother, dad, and grandmother worked building the road and the St. Johns River bridge.

I graduated from Melbourne High School in 1945. I worked at the Melbourne Naval Air Station for three years in the electric shop until the base closed after the war. In 1948 I started to work at the Melbourne Post Office until retirement about 40 years later. I was in the Army from 1950 – 1952 during the Korean War.

3 entries.
Nancy Johnson wrote on November 26, 2021:
Having just found out about Bob’s death, my heart aches. Bob was my half brother. Rest In Peace, Bob. I still have all your stories your u sent and also the planes you designed and made. You will be missed.
Deborah Hicks from Mars Hill wrote on October 11, 2021:
Bob was very special to our family. My sisters and I have known him since we were children. He helped us with school projects, taught us to fish with cane poles off the dock at his home, took us for boat rides and on day trips to see Florida sights. After retiring he loved crafting in his workshop and sharing the history of the area. He was a kind and generous man and we will miss his sense of humor and big heart. He has a forever place in our memories.
Patricia Roberts Hall from Palm Bay wrote on October 7, 2021:
I knew Bob because our mothers were best friends. The Roberts and Barwell families go way back. Bob was older than me. We didn’t see much of each other growing up. It wasn’t until I returned to the Melbourne area after living away for some 30 years that we became reacquainted. My husband, Joe was thrilled to learn Bob made airplanes from aluminum cans to sell. He asked him to construct a bi-plane from Pepsi cans for our son-in-law, Rick. Rick was very pleased with the bi-plane. We had a great time visiting with Bob in his home when we picked up the plane. He sure had a great collection of cans and things for his projects. We would visit with Bob on the phone. He always had something interesting to say. He really knew his Melbourne history and would tell us how life was in Melbourne in the old days. I’m sure he had many stories left to tell. He will be greatly missed by his family and friends.