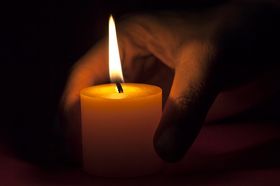 Beverly Stowers, 95, of Melbourne, FL, passed away on October 7, 2021 in Melbourne, Florida. She was born on July 28, 1926 in Kansas City, Missouri to John Milton and Mabel Ethel Cassel Dulaney.

Beverly moved many times as a military wife, before retiring in Melbourne in 1961. She enjoyed traveling, playing bridge, and antiquing.

She is preceded in death by her husband Frederick Pugh Stowers on December 6, 2006; her daughter Kari Stowers; her sons Kirk Stowers and Todd Stowers.

A Celebration of Life will be held at a later date. In lieu of flowers, donations may be made to the Humane Society of South Brevard.