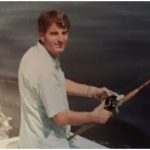 Curtis Bernard Brandon, 69, passed away on December 8, 2017 in Melbourne, Florida, after a long battle with colon cancer. He was surrounded by dear friends and family.
He was born on September 29, 1948, in Plainsboro, New Jersey, and was the oldest child of Curtis and Barbara Brandon. Curt spent his childhood in New Jersey, graduating from Princeton High School before enlisting in the Air Force in 1967 during the Vietn Nam War. He proudly served his country for 20 years and retired as an E-9 on the Inspector General’s Team team in 1987 with three college degrees. Following his military retirement, he went on to pursue a career in the civilian sector as a technical writer and aerospace engineer. 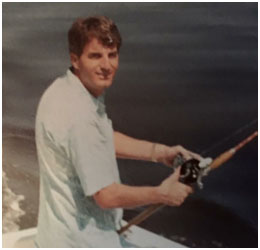 He retired from his civilian career in 2003 and enjoyed spending time with his wife, Rosemary Lynett Brandon, traveling around the globe. His favorite activities included genealogy research and going on cruises with family and friends. No matter what obstacles life threw in their paths, Curt and Rosemary handled them with humor and compassion.

Curt was preceded in death by both of his parents and his wife of 28 years, Rosemary. He is survived by his children, Joe and Shawn Fijol, Sharon and Richard Perez, Kerri and Doug Baraber, Susan Moxley, Kelly and Ryan West; his brother, Jerry Brandon; along with his seven grandchildren, Michael, Nathan, Hannah, Joseph, Jaggar, Jessica, and Caleb.

Curt’s family wishes to extend a very special thank you to Steve and Patty Baker. Your friendship, love, and support are appreciated. We love you guys.
A memorial service is scheduled for Wednesday, January 3, 2018, at the Brownlie & Maxwell funeral home in Melbourne, Florida.

2 entries.
Sandra Burson from Apache Junction, AZ wrote on September 1, 2021:
What a lovely Obituary for Aunt Martha. She will be missed. Prayers for the family, love cousin Sandy.
LISA-MARIE WALTERS GRIFFITHS from ASHFORD wrote on August 30, 2021:
Rest in Peace Mom, I love you