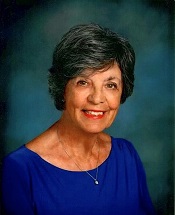 Dorothy (Dotty), daughter of Charles and Alvera Fritz, was born in Baltimore, Maryland. This is where she grew up and lived until she married and moved to Indialantic, Florida. She had a very happy childhood. However, like most growing up during the War era, these were tough times for every child. She often recalled and shared with her children that during that time such commodities such as sugar and butter were often rationed, and that sometimes meant that you didn’t always get to have a cake on your birthday. She also remembered all the gardens, and especially the Victory Gardens. This was also the time where she learned to be thrifty, creative, and always practicing her “waste not, want not” mentality, a motto and virtue that she would practice and live by throughout her life. It was also from these early childhood memories, where she developed her passion of baking, cooking and celebrating and cherishing everything in life. Her Father was a Baltimore Fireman, so she also learned very early on what it meant to always do your best to help, protect, and save others whenever humanly possible. This shaped who she became and helped establish so many of her wonderful qualities, that went well beyond just her amazing motherly traits.
Dotty attended Eastern High School in Baltimore, MD where she was a bright student, active in student affairs as well as being a Majorette with strong school spirit. Upon graduating in 1955 she went straight to full-time work at the young age of 18, and she always gave a portion of her pay to her parents, which was not uncommon in those days. One of her first jobs was with the hospital at the University of Maryland Medical Center where she was put in charge of scheduling surgeons for their cases. This was a great job as Baltimore was the epicenter of medicine at this time. This is where she first met the love of her life, Michael. She often recounted that she could never forget seeing his great big beautiful blue eyes for the first time. Michael had just returned back from the Korean War and was finishing up his residency which had been interrupted by his service.


5 entries.
Laraine Schultz from Melbourne wrote on January 4, 2021:
Trish, John, Catherine and Dan, What can I say, but what amazing parents you had! I was honored to know them for over 30 years, but still not long enough. What a lovely tribute you all wrote honoring your dad in August and now your mom in December. We got to know them better with you all sharing their story, which is a great one! Know that they will be missed by all their friends and our community which they were a big part of. Blessings to all of you to continue their legacy and traditions to be passed down for many generations to come!
Linda Coleman from Indialantic wrote on January 3, 2021:
To all of the special Foley children and grandchildren, I am so sad as I try to accept the loss of your beautiful mother. She was a dear friend to me. I will never forget the wonderful times that we had over the years....to the time that your parents visited me in Highlands to surprising them for their 50th anniversary.......I could go on and on......so many fun times....you would have laughed if you could have seen us at water aerobics....your mother outswam me every time! She has left a void in my life....I send all of you love and hugs as you hold her memories dear.
Jack Kerrigan from Weston, MA wrote on January 3, 2021:
Virginia, Jay and I were so sorry to hear of the loss of your mother. Dotty was a wonderful person, caring, compassionate and totally unselfish. Maryjane and I enjoyed our special family trips to West Virginia, Reynolds and to Mike and Dotty’s Florida home. Dotty is now at peace with Michael and Jimmy in heaven. Sending our love and prayers. Jack
Barbara Armstrong from Indialantic wrote on January 2, 2021:
Dotty & Mike will both be sorely missed. They raised a beautiful family who I admire for their love and courage , especially this past year. Prayers, love & condolences to each of you.
Tammy Muzzy from Melbourne wrote on December 31, 2020:
John, Patricia, Catherine and Dan...my heart goes out to each of you on the passing of your beautiful mother! She was the rock of the family. Her sudden passing leaves us all with questions as to why! I will treasure my phone call conversations and visits with her. She was such a beautiful person who had a heart of gold! I hope all the beautiful memories you all built as a family will help ease the pain you feel today. You know I am here if you need anything. She is reunited with the love of her life! 😘❤️