A much-loved husband, father, and Papa, Elmer Thomas Helms flew on to his next adventure on October 2, 2017. He was born November 21, 1922 in Cincinnati, Ohio. He resided in The Woodlands, Texas for the past three years, having moved from Melbourne, Florida.

From a young age Elmer’s dream was to fly. He enlisted in the AAF in June 1942. His first assignment during WWII was with the 447th Bomb Group flying B-17s. Elmer had many and varied assignments in the U.S. Air Force both as a pilot and leadership positions in the Thor, Atlas and Titan III missile programs. With his career spanning tours of duty in numerous stateside locations and Vietnam, Elmer retired as a Colonel in 1974. During his more than 30-year career, he was awarded two Distinguished Flying Crosses, Legion of Merit medal, Air Force Commendation Medal (three Oak Leaf Clusters), American Defense Service Medal, and numerous other awards. A few of the many aircraft he flew included the PT-17, B-17 (E, F, & G’s), B-25, T-6, C-54, C-118 and C-130. 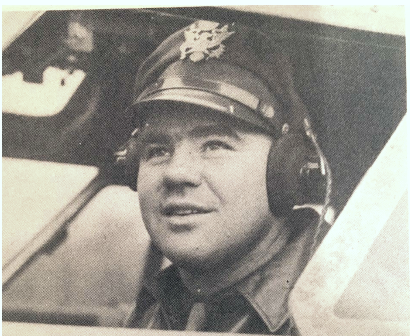 A memorial service will be held at 11 am on Monday, October 9, 2017 at Brownlie-Maxwell Funeral Home, 1010 E. Palmetto Avenue, Melbourne, FL. Elmer will be laid to rest at Florida Memorial Gardens in Rockledge, FL. Memorial donations may be made to CITA Rescue Mission, 2330 Johnny Ellison Drive, Melbourne Florida or the Florida United Methodist Children?s Home, 51 Children’s Way, Enterprise, Florida.

2 entries.
Sandra Burson from Apache Junction, AZ wrote on September 1, 2021:
What a lovely Obituary for Aunt Martha. She will be missed. Prayers for the family, love cousin Sandy.
LISA-MARIE WALTERS GRIFFITHS from ASHFORD wrote on August 30, 2021:
Rest in Peace Mom, I love you