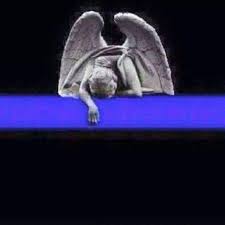 Frederick J. Fernez, 93, passed away peacefully on Tuesday, August 2, 2022. Fred was born on December 24, 1928 in Brooklyn, New York, to Italian immigrants, Federico and Assunta Fernez. His parents taught him to embrace the great country of America while still raising him with the family values of his Italian heritage.

Fred dedicated his life to law enforcement. In 1946, at 17 years old, Fred left school and joined the Marines, getting his first taste of police work as an M.P. After returning and earning a high school equivalency diploma, he went to work for the Suffolk County Police Department, where he rose through the ranks from patrol officer to detective in the police laboratory (CSI) and ultimately, to the rank of command officer. Upon moving to Florida, Fred continued his law enforcement career as Police Chief for the Indian Harbour Beach Police Department, ultimately retiring after 28 years of service to the city. During his time with IHBPD, he established mutual transfer of power pacts among most of Brevard’s police agencies, created the Brevard County Recruitment and Testing Center, initiated awards lauding the area’s police officer of the year and organized Police Memorial Day at area malls. He always said that lessons he learned from his Italian immigrant parents shaped his outlook as a law enforcement officer. They taught him to respect this country’s laws and treat all people he encountered with compassion and understanding.

He is survived by his son, Stephen (Joanne), daughter Patricia (Greg), grandchildren Danielle Stern (Gary) and Stephen (Maria) and his four great-grandchildren, Lance, Isabella, Gabriel and Cataleya. He is preceded in death by his wife, Margaret, his sister, Gloria, his daughter-in-law Barbara, and special friend, Jacqueline Burns.

Services will be held on August 5th from 10:30 am to 12:30 pm at Brownlie-Maxwell Funeral Home. A private graveside service will be held by the family.

5 entries.
Jack O'Laughlin from Henderson, NV wrote on August 17, 2022:
With very deepest sorrow in the loss of such a fine and deeply caring and dedicated person. Love, Sally and Jack O'Laughlin
Patricia FernezAten from Sevierville Tennessee wrote on August 5, 2022:
Love you dad! You’re already missed!
Mary Wamsley from Palm Bay wrote on August 4, 2022:
My heartfelt sympathy to you and yours at this sad time, praying for strength & peace.
Ellen Crume from Melbourne wrote on August 3, 2022:
Dear Fernez family, Mr. and Mrs. Fernez were the most supportive grandparents anyone could wish for. They were dedicated fans at the kids’ ball games and such kind and wonderful friends. They had a smile and kind word for everyone they met. I wish you all comfort as you miss your wonderful father and grandfather with special memories. Ellen Crume
William J Donovan from MELBOURNE BEACH wrote on August 3, 2022:
Fred you will be missed Worked for you as a police sergeant for 10 years at Indian Harbour Beach PD Rest in Peace William, Catherine & Brad Nedrud