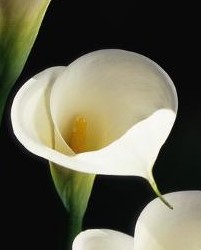 Helga Karoline Crowell Shine left this earth on Sunday, September 19, 2021 at 2:48 p.m. in the presence of her beloved caretaker, Normalynn Veira. Helga was born July 6, 1936 and raised in Passau, Germany. She was the only child of Gottfried Bachhuber and Rosa Krauser. Helga met and married the first love of her life, an American named Mel Crowell, while Mel was stationed and working in Germany. Helga and Mel later moved to Virginia and became best friends with Frank and Marianne Tremaine. Marianne, like Helga, was born and grew up in Germany. Mel, Helga, Frank and Marianne enjoyed sailing together in the Chesapeake Bay area, the intracoastal waterways on the eastern seaboard and in Florida.

Following Mel’s death in December 1992, Helga moved to the Melbourne, Florida area where she met the second love of her life, Tom Shine, a real estate and civil litigation attorney. Tom and Helga married on November 4, 1998 in Panama City, Florida on their way to Tom’s Marine Corps flight squadron reunion in Pensacola. Tom’s youngest sister Katie and his brother-in-law Brent witnessed the wedding. Helga and Tom enjoyed taking cruise vacations in Europe (Venice, Italy was one of their most memorable destinations) and in the Caribbean. They also loved their golden retriever Barkley who was very affectionate and had a great personality. Barkley grew to be too big and strong for Tom and Helga to safely walk so the daughter of their neighbor and friend Darla Atkins had to find a new forever home for Barkley. Darla also reminisced on the occasions that she would see Tom and Helga holding hands while taking walks in their neighborhood.

Helga Crowell Shine was beautiful inside and out. Her family and friends marveled at her excellent taste in clothes and accessories. She was a really, really fun person to be around. She had a great sense of humor, able to give as well as receive good-natured and playful bantering type comments. Tom Shine retired in 2002 and about a year or so later was diagnosed with terminal lung cancer. Helga took the best care of Tom during the last few years of his life until he died in January 2005. Following Tom’s death, Helga moved from Marina Isles in Indian Harbour Beach, Florida to Suntree on the mainland.

During the past nine years, professional guardian Catherine Rowlands of Total Long-Term Care Consultant Services, Inc. has done an exemplary job in taking care of all of Helga’s physical needs and managing her day to day affairs. Special thanks go out to Cathy’s case workers, nurses and live-in care workers who provided for Helga’s well being.

A very special commendation and expression of gratitude goes out to Normalyn Veira who was Helga’s primary caregiver during the past nine years. Normalyn treated Helga like she was her own mother and in fact, she and her family virtually adopted Helga into their family. Many thanks also to Normalyn’s son Dennis Nelsen, Dennis’ wife Pat and son Kobe who were so welcoming and kind to Helga during the past nine years.

A private viewing was held at the Brownie-Maxwell Funeral Home. Thanks to Cheryl Holtz, a friend of Helga’s and Tom Shine’s long-time administrative assistant, and Darla Atkins for attending and sharing memories of events in Helga’s life.