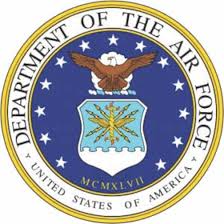 Jim was born in Upatoi, Georgia on the family farm on May 7, 1933. He attended Baker High School in Columbus, Georgia and joined the United States Air Force in February of 1951. While in the Air Force he worked as in the Security Police and trained military dogs for service all over the world. He achieved the rank of MSgt, eventually retiring from the Air Force and continuing his career as an insurance adjuster until retiring permanently in 1993.

Jim was married to his high school sweetheart Joyce M. Raines on October 21, 1950, skipping school to elope in Cusseta, Georgia. They were married 71 years.

A private family service is planned at a future date.

2 entries.
Karen Wooldridge from Melbourne wrote on February 21, 2022:
RIP Jim..enjoy that heavenly golf course! Sending prayers for Joyce and the rest of the family.
Diane Sheffield from Melbourne wrote on February 20, 2022:
Jim was an excellent golfer and a patient teacher. He would always tell me to keep my eye on the back of the ball. He was also a dear friend to my mom, Polly. We have lost a good man.