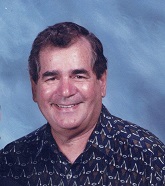 John J. Antonelli Jr, age 86 of Melbourne, Florida passed away peacefully on December 29, 2022, surrounded by his loving family. John, formerly from New Windsor, NY was born April 2, 1936, in Brooklyn, New York, the son of John Sr. and Carmella Mildred Rublino Antonelli. He was one of five siblings. Living in Brooklyn until John was 17 years old, the family moved upstate to Newburgh/New Windsor during his senior year at NFA, Class of 1953. John was happily married 2 days shy of 47 years to his wife, Kathleen Gibney Antonelli.
John proudly served in the New York State National Guards for 14 years. He was the Vice President of C & T Haulage and Stella Trucking based out of Newburgh, New York. John was also a past President and past Vice President of the Newburgh Chapter of UNICO in the 70’s, whose mission is to promote the image of Italian Americans along with Italian heritage and culture by supporting charitable, educational, and literary projects. He was also a past President of the Optimist Club and a former member of the Newburgh Yacht Club. When John decided to move to the Sunshine State for warmer weather in 1985, he started his own business, John J. Antonelli, LLC, as a general handyman and painting contractor. He held several real estate contracts during this time and was loved by all his clients.
A true family man, John was immensely proud of his children and his Italian heritage. John was a wonderful, devoted son, husband, father, father-in-law, grandfather, brother, and uncle. He believed in his children and always made sure they knew how much he loved them. His love of cooking big traditional Italian family dinners was his passion and a testament of how much love went into everything he did. His family will continue his legacy by ensuring that family dinners and get togethers continue in his honor.
John also loved NASCAR and was a huge fan of Dale Earnhardt and many of the other racing teams. He very much enjoyed attending the annual beginning season races at Daytona International Speedway and would pack delicious sandwiches for the entire family to enjoy. Caravaning to Daytona along with family was something everyone looked forward to every year for several years.
John was predeceased by his parents, his first wife, Jackie Ingalls, his brothers, Archie and Anthony Antonelli, sister Carmella Pillitteri Starsiak, brothers-in-law Vincent Pillitteri, Joseph Cubito and Larry Starsiak. He is survived by his loving wife Kathy; his sister Roseanne Cubito, two sister-in-laws JoJo Antonelli and Joan Antonelli, brother-in-law Fred Gibney, his three daughters and two sons: Alisa LaRocca and her husband Robert, Cammie Testone and her husband Michael, Alean Mercier, John Antonelli III and his wife Holly, Billy Antonelli and his wife Paula. He also leaves behind his beloved grandchildren: Frankie, Catie, Johnny Robert, Jordan and Rayanna LaRocca, Michael and Ashley Antonelli and Jacklyn Laura Antonelli, Monica and Jeff Cornely, Stephanie Williams and fiancé Colin Wendt, Josiah, Vanessa, David, Gabriella, and Anthony Antonelli. Also, seven great grandchildren, Ryan, Daniel, Giana, Abigail, Jayden, Leah, and Neviah, and many nieces & nephews and cousins.
A memorial service will be held at Holy Name of Jesus Catholic Church on A1A Indialantic, FL Thursday, January 19th at 1:30pm.
Donations/Flowers can be sent to Holy Name of Jesus Catholic Church in Indialantic, FL on Thursday, January 19th by 12pm.
Graveside interment will be at a later date at Calvary Cemetery in New Windsor, NY.


2 entries.
Jennifer Bryfczynski from Melbourne wrote on January 9, 2023:
My heart breaks for all of you as I know how loved he was, is and always will be. Prayers for you and your sweet family. ❤️
Sharon Corbin from Micco wrote on January 6, 2023:
Alean, I'm so sorry to hear that you're dad has passed. I'm sending lots of hugs for you and you're 2 daughters 💗. My deepest condolences to all the family.