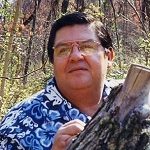 On Friday, November 13, 2020 Luis Fernando “Freddy” Gomez was called to his eternity with our Heavenly Father. Freddy was born May 5, 1943 in the small town of Salamina, Colombia, South America. He moved to New York City in 1964 when he was 21 years old and proudly became a US Citizen. He later moved to Melbourne, FL in 1969. He worked many occupations and was known as a “jack of all trades” including running a carpet cleaning business as well as supervising a custodial team at Harris Semiconductors; this led him to an exciting career at Kennedy Space Center. He enjoyed 26 years at United Space Alliance in the Logistics Division. He met and married the love of his life, Ann Willis Gomez, in 1972.

A Celebration of Life will be held on Saturday, November 21, 2020 at 2:00 pm at Fountainhead Memorial, 7359 Babcock St. SE, Palm Bay, FL. Freddy was an avid Believer in Christ and made it his mission to spread the gospel to anyone willing to listen.

In lieu of flowers, we are accepting donations to support the free medical/dental clinic and food bank where Freddy volunteered in North Georgia. If you wish to make a memorial contribution, there are three donation options:
Send check to: Morganton Baptist Association, PO BOX 1167, Blue Ridge, GA 30513
Go Fund Me go fund me Search Freddy Gomez Memorial
Facebook: Facebook

2 entries.
Pamela Burks from Palm bay wrote on November 20, 2020:
he made me feel loved and at home in his presence. He will be missed more than he can imagine. I love you Pops
James nix from mccaysville georgia wrote on November 19, 2020:
sorry to hear of Freddys passing he was a good man most of time real jolly always telling me to eat a lot of peanut butter , my condolences , James r. nix