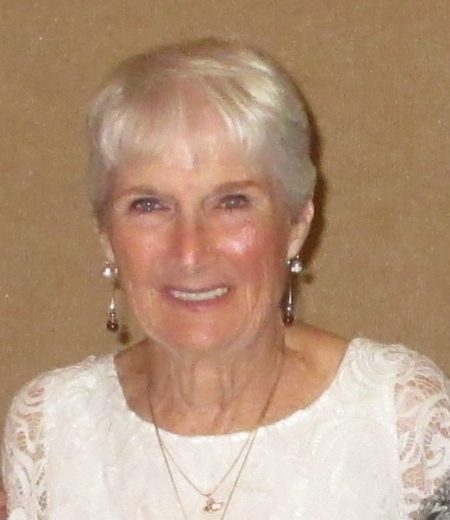 Maureen Moriarty passed away peacefully at home surrounded by her family on May 11, 2022. She was born in Brooklyn, New York on October 16, 1936 and worked as a Registered Nurse in Huntington, New York and subsequently in Melbourne, Florida after the family relocated to Palm Bay in 1980.

Upon retiring from nursing, Maureen joined her husband Pat at Cover All Insurance where they worked until they retired. Maureen & Pat were well known for running the Melbourne Irish Festival where they became affectionately known as the Irish Grandparents.

Her family includes her loving daughters Patti (Mike) Ferrick of Madison, Connecticut and Kerry Ramage of Melbourne, Florida; grandsons Thomas, Ian and Gavin that she adored; sisters-in-law Margaret McCann and
Kathleen Shevlin. She was preceded in death by her husband Patrick on December 24, 2008.

After Pat’s passing Maureen moved to The Courtyards in Suntree where she was active with the HOA for many years. Maureen met many new friends at The Courtyards and loved her time living there.

2 entries.
Cristina D. Babilonia from Melbourne wrote on May 18, 2022:
Prayers to you Kerry and your family. May your mom rest in peace with our heavenly Father. Cristina Babilonia
Kathleen McCormack from Melbourne wrote on May 16, 2022:
You couldn't meet a finer Irish Lass. St. Patrick must be waiting at the Pearly Gates for her. Hard working with a great personality. I wish I had known her longer. God Bless you Maureen! You will be missed by all!