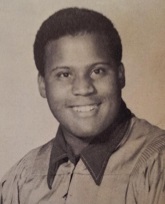 Miguel T Jiménez Brito was born in Santo Domingo, Dominican Republic on February 24th, 1957 to Teresa Jimenez Brito and Julio Carabello. He grew up in Brooklyn New York and attended John Jay High School, where he graduated in 1976. He started his career in telecommunication as a fiber optics technician in 1980 for New York Telephone, what is today known as Verizon, he served New York City for over 35 years. At that time he married Maria Isabel Pizarro in 1982 and had two children who he loved dearly. Aisha Jimenez was born in 1983 and Jonathan A Jimenez was born in 1988. He later remarried Celsa Altagracia Goris in 2017. He cared for Celsa’s two children Raisa Valerio and Rodolfo Nunez. He is survived by his wife, children, and grandchildren. He also left behind 4 sisters and 2 brothers along with 9 nieces and nephews.
A memorial service will be held in the Brownlie – Maxwell Funeral Chapel at 4pm on Thursday December 22, 2022.