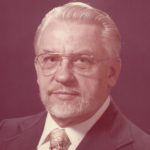 Nicholas”Nick”Panasuk 101 passed away on September 22, 2019 surrounded by family. He was born in Glenwood, New Jersey to Anna and Filip Gregoric on March 19, 1918. Nick Grew up in Baltimore, Maryland and graduated for the Baltimore Polytechnical Instite. He worked for Martin Aircraft Co., The US Post Office and was in the Signal Corp during WWII. He moved to Melbourne, Florida in 1958 and worked for RCA and Technicolor in the optics shop as a Camera Specialist for the next 30 years retiring in 1988. While working at the Patrick Air Force Tech Lab and at the cape he was involved with all the rocket launches from the 50’s up to the Apollo and Space Shuttle missions.
Nick was the rock of the family and leaves behind his loving sons Greg, Jeff and Nick along with Granddaughter Brandi Davis (Phillip) and Great Granddaughter Sharon Davis. Also Shirley F. Young their mother, all of Melbourne.
Nick could do anything with his hands and do it well. He was a 70+ year member of the Masonic King David Lodge, Baltimore. He was also of Russian decent and of the Russian Orthodox Church.
Viewing will be held on September 27, 2019 1:00pm followed by services at Brownlie-Maxwell Funeral Home Palmetto Ave. downtown Melbourne. Graveside services to follow at Fountainhead Memorial Park, 7359 Babcock St SE, Palm Bay, Fl.


1 entry.
Vi Walker from Crestview wrote on September 27, 2019:
Greg, Jeff, and Nick: Vance and I are sorry for the loss of your father. I admired his ability to cut to the chase and provide sincere, forthright input. May God bless you and keep you. Vi Walker