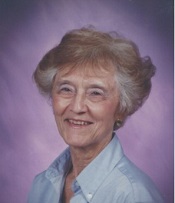 
6 entries.
Seaton Holt from Melbourne wrote on May 26, 2022:
I got to meet and have dinner with Shirley two decades ago, meeting her daughter at the time. I watched Shirley from afar has slowly declined and I learned more and more about her family. May she rest in peace now.
Val Boonstra from Palm bay wrote on May 21, 2022:
It was an honor to know Shirley and serve her family. She was part of what makes.Brevard a nice place to live. Tonya and Giles have been so helpful in our community,l It made her her mother proud to have good kids and Grandkids who are good citizens.
Lorrie King wrote on May 21, 2022:
One of the greatest women I have ever known and ever will. A true leader in my life.
Debbie Osborne from Lake Butler, Florida wrote on May 13, 2022:
Our deepest condolences, from the Florida Association of Supervisors of Elections.
Jerry and Dixie Sansom wrote on May 12, 2022:
For the majority of our adult life here in Brevard County Shirley was a part of our lives. She became Dixie's fourth sister. We loved Shirley and loved to be with her, Mark, and their dear children. She was indomitable in her Faith; in her convictions; in her belief in others and the community; and in her friendship. She never gave up on trying to get the Florida Legislature to support the ERA amendment. She will be sorely missed, and will live forever in our hearts. Jerry and Dixie
Becky Russo wrote on May 11, 2022:
Shirley Baccus was a wonderful and gracious lady and an amazing woman. She touched the lives of so many people through her involvement in church, school, civic, community and political activities. I was fortunate to know her and be a recipient of her great kindness. Thank you, God.