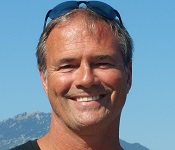 Sidney Paul Penner (“Sid”) was a Christ centered and family oriented man. Words cannot fully describe the legacy of family and work relationships he built after nearly 63 years here with us.

When Sid was eight years of age, he and his family moved to Venice, Florida. He attended Venice Elementary, Venice Junior and Senior High, graduating with the class of 1977. That same year he enlisted in the United States Air Force.

After a long and honorable career in the military, thirty-nine years (39) later, Sid retired as a Chief Master Sergeant (the highest Air Force military ranking he could achieve as an enlisted man). Seven (7) years of those thirty-nine, Sid was deployed with his unit all around the world, including deployments in: Kuwait, Iraq, Afghanistan, Africa, Korea, Spain, and Pakistan.

Members of his military unit use words to describe Sid as: humble, dependable, trustworthy, a quiet leader among them, kind, principled, and no doubt, a warrior. The men and women who served with Sid inherently knew his work to accomplish their duty was solid and unquestioned in the end. Sid had their back in any situation and they knew it. They trusted him with their lives and he showed them their trust in him was not squandered. Those who served with him also knew of his love for his family, as Sid spoke of them often with great joy to all who would listen. He was a man who embodied humility and honesty across different facets of his rich life and he made those around him better.

He retired in June of 2015 with a ceremony that included family and beloved friends and co-workers.

After his long military service, Sid enjoyed spending time with his family, going for walks on the beach, attending daily Mass and Adoration of the Blessed Sacrament. He was a deeply devoted man and his Faith in Lord Jesus was strong. He and his beloved wife and best friend, Brenda, attended Mass daily and found peace worshipping together.

Sid’s family will attest that he certainly had a silly and great sense of humor about him. Humor permeated the Penner family- inside jokes and family shorthand was noticed and enjoyed by anyone spending time in their presence. Much laughter was had by all; especially when warrior dad comes out with his famous motto: “It’s all fun and games until…”

Sid’s family and friends extend their deepest gratitude for the outpouring of love and support during this time.

6 entries.
Brenda Penner from Melbourne wrote on June 5, 2022:
Thank you Sid for a beautiful life together! 39 years of love. Now a life time of heartache. I miss you so much! May you have pure joy and love in heaven. Give Eva a big hug for me and all our departed loved ones You are my love forevermore ❤️🙏❤️
TSgt Francine Torres from Stroudsburg, Pa wrote on May 30, 2022:
CMSgt Penner always had a warm smile and was very kind. It was an honor to serve with him. Rest in peace, and may God bring comfort to your family.
lori goldstein from Melbourne wrote on May 28, 2022:
Magic happens when two hearts become connected and memories can never be erased. I'm so sorry for your loss. Lori Goldstein
Lynn Lawrence from Navarre wrote on May 27, 2022:
Chief, thank you for your legacy of love to God, family, and country.
Lynn & Tracy Lawrence from Navarre, Florida wrote on May 26, 2022:
Our hearts are heavy for you and your beloved family, Brenda. Our joy comes in knowing that we will one day be reunited with Sid, when we are reunited with Jesus. Our prayers will continue to be with you, and you may reach out at any time. May your faith in Christ sustain you. 🙏🏼💝
Richard LaManna from Melbourne wrote on May 26, 2022:
Richard LaManna