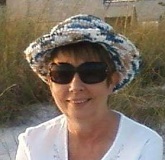 Susan Marie Lay Dubry, 66, of Merritt Island passed away on Saturday, August 20th, 2022, at Cape Canaveral Hospital. She was surrounded by her family.

Susan was born in Birmingham, Alabama to Earl and Margaret (Zipprian) Sandlin on August 17th, 1956 and later adopted by James R. Lay. A graduate of Winder-Barrow High School, Susan moved to the west coast of Florida where she worked at Mistubishi before joining the mortgage industry. Ultimately retiring as a mortgage processor, Susan was well known within her field and often formed close relationships with her loan officers. Even closer, she had three children, two grandchildren, an uncle, and several cousins whom Susan loved dearly. Family and friends were of supreme importance to Susan.

A celebration of life will be held with specific details of arrangements to be shared through the Facebook page: https://fb.me/e/2O9rPK4DT

Visitation will be Saturday, September 24, from 2:30pm to 3:00pm at Brownlie-Maxwell Funeral Home with a time for sharing memories at 3:00pm.

1 entry.
Kathy Haug and David Scharrer from New Port Richey wrote on September 19, 2022:
We are beyond sad with the loss of Susan. I have a flood of memories that include Susan filling the last 12 or 13 years. She sat next to me working for a good chunk of those years. I learned so much from her, personally and professionally. She had more compassion, empathy and wisdom than anyone I know. Her empathy and compassion often overwhelmed her! She just wanted everyone around her to be as happy as happy as they could be. She was a magical problem solver. Family meant everything to her and I feel like I know everyone with the stories she shared. One of the funniest stories that we shared was when she flushed her keys down the toilet. She grabbed her purse off the stall door hook at work and her keys went flying back and into a flushing toilet. How does that happen? I looked for her keys for an hour and a half before conceding to her events of what had actually happened. I was laughing from exhaustion and disbelief and she was laughing at the situation and me! I still have her grandson Jakobies artwork from when he was little. She had just as much pride in his creations as he did when he gave them to me. Michael shares a birthdate with our oldest. David and I enjoyed a visit with her on Melbourne Beach after she moved to the other coast. We had the best day! Jacob was visiting and Susan was thrilled to have her boys and a family fun day! I have photos of our first breast cancer walk. I walked with Susan the whole time, we held each other up. She wouldn’t let us cheat and cut the path to the end short. I tried talking her into it, but determination was another one of her strengths. I could go on and on about how much I love Susan. She has the kindest purest soul. Guess that is why God wanted her by his side. I am sorry we are not at the services, we are Boston to see family before it’s too late. We are not promised tomorrow to be able to say hello and goodbye.