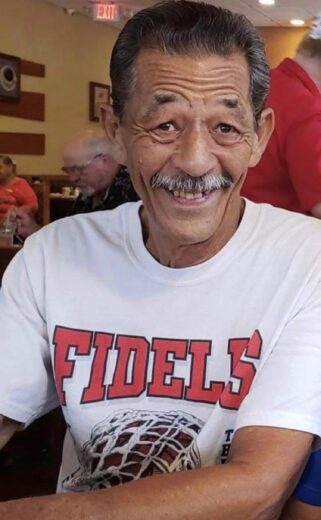 He was born on March 1, 1947 in Bayamon, Puerto Rico to Lino Santiago Ramos and Francisca Tirado Padilla.

Victor was preceded in death by his parents Lino & Francisca; brother Lino Santiago Tirado and his mother-in-law Eusebia Garcia Laboy.

He worked for the Hess Company and the Brooklyn Ship Yard for many years. He worked as a painter with his grandson.

He was a member of Pentecostal MI Iglesia and enjoyed spending time with his family., especially his grandchildren and great grandchildren.

Calling hours are Monday, October 10, 2022 at Brownlie Maxwell Funeral Home, 1010 E. Palmetto Avenue, Melbourne from 3 pm until time of his service at 5 pm.