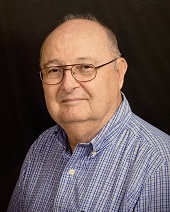 Wayne Drenan Malone, 88, of West Melbourne, Florida, departed this life on Oct. 12, 2022.
Wayne was born on March 19, 1934, in West Union, Ohio, where he grew up on the family farm. He excelled in school and developed an interest in electronics, even setting up a radio lab in a barn. Wayne graduated from West Union High School and earned his electrical engineering degree from the University of Cincinnati. While in college, he participated in the cooperative education (co-op) program, which consisted of traditional classroom work plus experience in industry, including a job in research and development at Wright-Patterson Air Force Base.
Wayne married Judith (Judy) Rogers on July 5, 1958. He began his engineering career at Avco Corporation in Cincinnati and had two sons with Judy before moving the family to West Melbourne in 1966 to take a job with Radiation, Inc. Wayne stayed in Florida and went on to have a long career, working for several more companies, including Mercury Marine, Harris Corporation, and SkyData, before retiring in 1997. When he wasn’t working, Wayne enjoyed hunting, deep sea fishing, and designing, building, and fixing things around the house. He was also a ham radio operator.
Wayne and Judy thoroughly enjoyed their retirement years together. They spent their summers traveling in their motor home visiting family and exploring many parts of the country. They also enjoyed monthly weekend camping trips in Florida with a camping group.
Wayne was preceded in death by his parents, Melvin and Pauline (nee Satterfield) Malone, and brother, Denver Malone. He is survived by his wife of 64 years, Judith (nee Rogers) Malone; sons David (Ming Rong) and Darrin (Erika) Malone; and grandchildren Lili (Doug) Cohen, Blake (Jessica) Malone, and Sarah Malone.
A loving husband, father, and grandfather, Wayne often spoke of how proud he was of his children and grandchildren. He had also recently learned from his grandson that he was soon to become a great-grandfather. A member of Wesley United Methodist Church in West Melbourne, Wayne was confident in his relationship with Jesus, often saying he was ready to die but that he just wasn’t in a hurry.
Wayne maintained a positive attitude and kept his sense of humor until the end. The family would like to thank the kind and skilled staff at the Heart Center at Holmes Regional Medical Center for making his final days as comfortable as possible.
A Celebration of Life will be held at Wesley United Methodist Church, 2075 Meadowlane Ave., West Melbourne, Florida 32904 on October 29th at 3:00 pm. Interment will be at a later date in West Union, Ohio. Please consider a memorial donation to St. Jude Children’s Research Hospital (www.stjude.org) or the Salvation Army (www.salvationarmyusa.org).