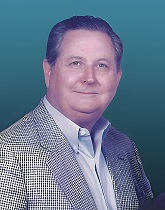 William Montgomery Atwater II, age 84, of Melbourne, Florida passed away December 13, 2022. Monty was born and raised in Miami, Florida. He graduated from Miami Edison High School, the University of Miami and also attended Stetson University, College of Law and the City of London College. Monty was a Certified Financial Planner for 38 years and also successfully managed stock brokerage offices in South Florida. In 1993, he retired to Melbourne after his lengthy Wall Street Management Career.
While living in Miami, he served as a Deacon at the Miami Shores Presbyterian Church. Monty is a past member and Director of the Miami and Melbourne Kiwanis Clubs. He served as past President of St. Francis Hospital Board of Directors in Miami Beach. Later he became a board member of the Alleghany Health System of the Franciscan Sisters and Chairman of their finance committee.
Monty was a US Navy Veteran and recipient of the Freedom Foundation George Washington Honor Medal. He was a member of the Disabled American Veterans. As a leader in the community, in 2005, he was elected to the Suntree Master Homeowner Board where he served proudly for 12 years.
Monty also held memberships in The Sons of the American Revolution and The Society of Mayflower Descendants. He loved spending time with family and friends, travel to NC., reading his Bible, being outdoors to enjoy the beauty of nature and all God’s creatures. He was a lover of history, antique cars and animals, especially his “Bella”.
Monty is survived by his wife Meg; daughter Leslie Ladner and her husband Trent Ladner; grandsons Ryan and Alexander Ladner; Justin Kramer and his wife Amanda and their daughters Elise and Olivia; Kensey Wolters and her daughter Emily.
A Celebration of Life service will be held at Suntree United Methodist Church at 7400 N. Wickham Rd. Melbourne, Fl. on Thursday, December 22, 2022 at 10 am. His remains will be interned at The National Military Cemetery in Cape Canaveral, Fl.
In lieu of flowers, Monty’s wish was for donations to The Endowment Fund, which he helped create, at Suntree United Methodist Church, 7400 N. Wickham Rd., Melbourne, Fl. 32940


1 entry.
Robert and Kathy Lahn from Melbourne wrote on December 17, 2022:
We will miss our dear, sweet friend, Monty. He was such a kind soul and good friend. Kathy and Robert