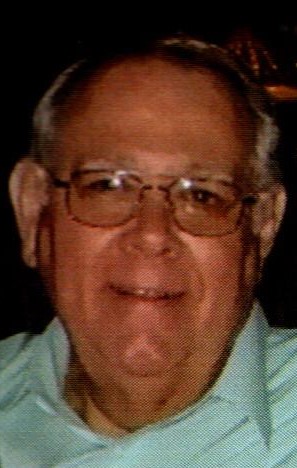 John Wilbur Biggin, Sr. passed away peacefully at home on Wednesday, July 22, 2020 with his loving family at his side under the care of Hospice.

John was born on August 28, 1941, in Warren, Ohio to Wilbur Biggin Sr. and Rowena (Bennewitz) Biggin.

John graduated from Cortland High School in Cortland, Ohio in 1959. He served in the Army National Guard for four years. On June 8, 2020, John was commended for his military service.

John married Beverly (Niemi) Biggin on December 8, 1962. Together they raised four children. John
worked in the family business – Biggin’s Furniture & Appliance in Cortland.
John and Bev moved to Melbourne FL in 1985 where John continued to work in the furniture business.

John was a quiet man with a big heart and had a good sense of humor. He was a man of honor and integrity. His work ethics were impeccable. John’s greatest blessing was his family. He was a devoted husband and an amazing father, grandfather and great grandfather…and he had a genuine fondness for their family beagles: Punky, Tinker and Snickers.

John will be deeply missed by his wife, his son: John, Jr., of Jacksonville, FL; his two daughters: Lisa (Phil) Franklin of Melbourne, FL and Lori Carollo of Palm Bay, FL; his 2 granddaughters: Natasha and Alexa;
his great granddaughter: Astera and his two brothers:
Wilbur Biggin, Jr. (Brenda) and James Biggin (Becky).

John was preceded in death by his parents and
his son Brian Biggin.

A graveside service will be held at Florida Memorial Garden Cemetery on Saturday July 25 at 11:00am.

John’s family would like to thank the generous,
hard-working staff at Hospice of Health First for
their compassionate care giving services to
John and to their entire family.

2 entries.
Richard Niemi from Clearwater wrote on July 25, 2020:
Being John’s brother-in-law i have known him for more than 50 years. Very good person.
Mary L Hesseling from Grand Island wrote on July 24, 2020:
So sorry for your loss, my thought and prayers go with you