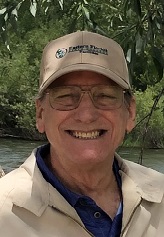 Franklin Wood Niemeyer of Palm Bay, FL passed away December 22, 2021, at Holmes Regional in Melbourne. He was surrounded by family at the time of his passing. He has left us way too soon. We will forever remember his infectious smile and how he never met a stranger.
Known as “Woody” he was born in Fort Pierce and grew up here in Brevard County. Woody was always available to introduce visiting nieces, nephews, and grandchildren to surf fishing which he himself loved. He lived for the beach, especially surfing during his teen years until graduating from Melbourne High School, class of ‘67.

Following graduation, Woody enlisted in the U.S. Coast Guard, 7th District of Miami. Completing his service, including reserves, in 1973. The majority of his active duty was aboard the newly commissioned USCGC Dallas. Included was a tour off the coast of Vietnam, supporting land-based operations of various US military service branches. Woody worked many years as a Senior HVAC specialist and in maintenance operations until his retirement in 2017 from Eastern Florida State College. In retirement, he resumed body surfing at the beach and became an avid coin collector.

Woody gave to many causes and was a longtime supporter of the St. Joseph’s Indian School, in Chamberlain, South Dakota. In lieu of flowers the family is asking that donations be made to a favorite charity.

Services to celebrate his life will be held at The First Presbyterian Church of Palm Bay, Florida on Sunday January 30th @ 3pm.


1 entry.
Linda (Whitlock) Murphey from Jacksonville, Fl wrote on January 29, 2022:
It was with great sadness I learned of Woody’s passing. He never met a stranger, was so kind to everyone and had a wonderful sense of humor. I graduated in 1966 and always remember he loved the beach and surfing but his greatest love was his family, mom, dad, brother, sister, and his kids were the world to him and of course his grandchildren. In the last few years, Carol (Lint) Ashwell, Penny (Gedney) Glentz and myself, Linda (Whitlock) Murphey reunited with Woody and had a wonderful time laughing and remembering all the predicaments we got into high school. He will be missed but know we all have memories of him and he’ll always a special space in our hearts. God be with you Woody.